A Brief History of Poker Chips and Their Development 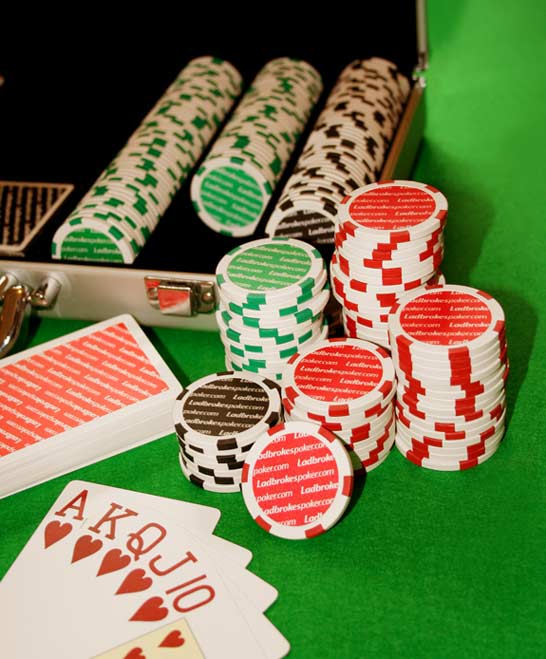 The game of poker actually started during the 1800s in the saloons and bars of mid-west and western parts of United States of America. Traditionally coins or gold nuggets were used as monetary units in those poker games but later on poker chips took their place for they were more convenient to handle and manage. A wide range of materials like wood, ivory bone and even paper were used in making those chips for years and later on synthetic materials were also used to produce them.

Though these plain surface poker chips were used extensively for many years but there was a practical problem associated with them. More often than not establishments organizing poker games ended with more chips than what they have started with as sneaking in personal chips became almost a routine affair and that forced the chips manufacturers to go for something new and more innovative.
Due to this requirement of being different poker chips manufacturers started produce different designs that will make sneaking in chips from outside almost impossible. These differentiating designs were mostly embossed or engraved in the chips to make them hard to duplicate and many organizations also started using special materials to minimize the chance of duplication as much as possible. Each poker house started to use a kind of logo or other emblems that were typical of them and also used different colors of chips for different days of the week to minimize the chance of any kind of cheating. You can see different logos at Ladbrokes.

With passing time customizable poker chips became immensely popular in casinos and other gambling houses all over America and other countries in the world. The most important advantage of personalized and customizable paper chips is that apart from being hard to duplicate they can also be used to serve a number of promotional purposes. Moreover using expensive poker chips is often considered as a status symbol and ivory or gold studded chips are also sometimes used just to show off the wealth and richness of the gambling house or the people who were using them. But with the introduction and rapidly growing popularity poker chips are of no practical use to the virtual poker playing community. Though they are still in use in casinos and gambling houses and many people have started to collect them as souvenirs and can be considered as great specimens depicting the growth and development of the game.
Site Navigator